WhatsApp for Android gives users and an ad-free experience. This app is incredibly easy to setup and use and syncs automatically with your phone’s contacts. Users have the ability to send text, photos, video and voice messages to other WhatsApp users, and group chat. You can enjoy in sending fully encrypted messages that WhatsApp to other users of this app. Developers are continuously adding popular new features to this app, helping it grow in its momentum.

Many people who use Google+ and/or Gmail, as well as an Android, have Google Hangout already. This free service allows users to text, video and voice call, send photos, animated gifs, and emoji, and also use as an SMS for now.

Facebook Messenger is still quite popular even with its few flaws. By building off from the already existing Facebook chat network, users are able to send text messages, and voice and video chat with other Facebook Messenger users. This messaging app features chat heads that pop up on Android devices which allow for use even while other apps are in use and on-screen.

Viber for Android is easy to set up the app with numerous options available to its users. Your phone number is used for your Viber login and this app automatically syncs with your phone allowing you to easily find your contacts that use Viber. Users are able to send text, voice and video messages, photos, emoticons, and stickers. For a fee, users can call landline phones as well as non-Viber numbers with the Viber Out feature. Also, you will know that your messages are secure by the newly introduce color-coded icon that indicates encryption and security of chat. There are games, cross-platform support, Android Wear, and the ability to delete your messages one they have been sent.

Line is easy to setup and popular worldwide. Users are able to send text, photos, voice and video chat, emoji and stickers, and location sharing. Another feature popular among Line users is the social network aspect-like Timeline. Line for Android allows for extremely large group chats and call for up to 200 people. With the Keep feature, you are able to store videos, images, and messages to share later.

Check out some of these other useful apps that can help you stay in touch on your Android. 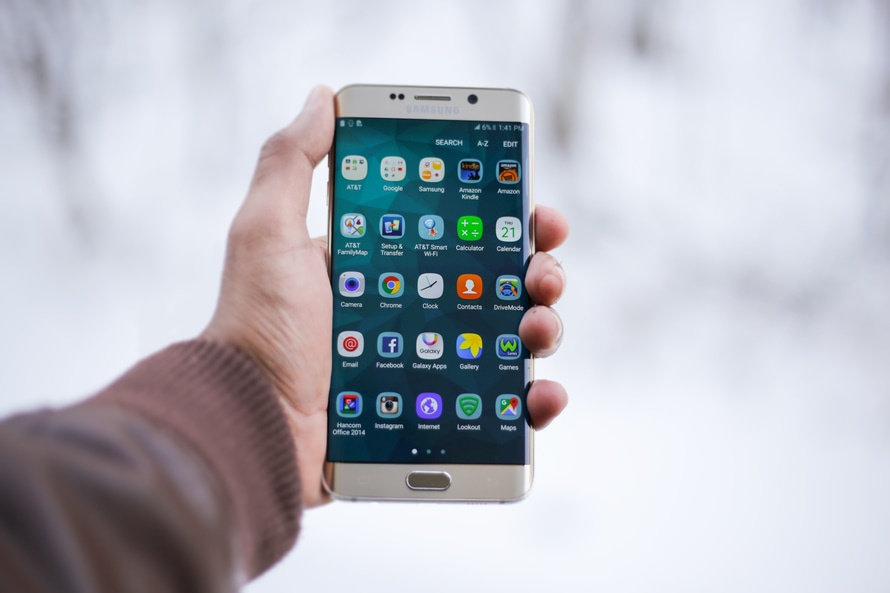 Use These Top Android App Picks

SMS has been the way to go for text messaging for a very long time now. These are extremely easy to use, and the majority of cell phone plans offer their customers an unlimited number. Lucky for you, there are a plethora of apps compatible with Android that is able to send and receive SMS messages. Some offer tons of features while others provide only the needed basics.

Google Messenger SMS app is great for people looking for something simple without too many extra features. It is pleasant to look at with Material Design, and some features included are SMS blocking, text search, audio messages, and location sharing. Google Messenger app is totally free and meets the majority of user’s needs.

Chomp SMS is known as an excellent app for Android and has been around since FroYo and Éclair. Time has not taken away any popularity of Chomp SMS and it still grows today. Make text messages look how you want by using their theme support. This app also includes widgets, more than 800 emoticons, fast pop up replies, and SMS blocking. This SMS app for Android is one for people who like a lot of options with their themes. Users love also love that this app is free.

An Android app that has great popularity is EvolveSMS. This app provides users with several incredible features. One of their features allows users the ability of easier messaging by swiping between conversations rather than hitting back buttons and another button for the other conversation and so forth. Some other amazing features EvolveSMS offers include password support, Android Wear support, and notifications which are customizable. Free to download and use with in-app purchases available.

If you are familiar with Facebook Messenger, WhatsApp, or Google Hangouts, you’d probably feel right at home when looking at Signal Private Messenger. This Android SMS app is very similar to them. However, this app uses a system with phone numbers to search for people and if they do not have Signal Private Messenger, a regular SMS is sent out instead. For users that want an app that focuses on security, this is perfect for you. There is end-to-end encryption for the prevention of prying eyes from the powers that be. To receive full security, both users must be using Signal Private Messenger. However, even as a standalone app, this works exceedingly well. You would be happy to know this app supports phone calls, is open source, and best of all- Free!!!

Keep in touch by using one the great SMS Apps available for your Android device! Make sure to check out these Android apps you can use while offline, too!